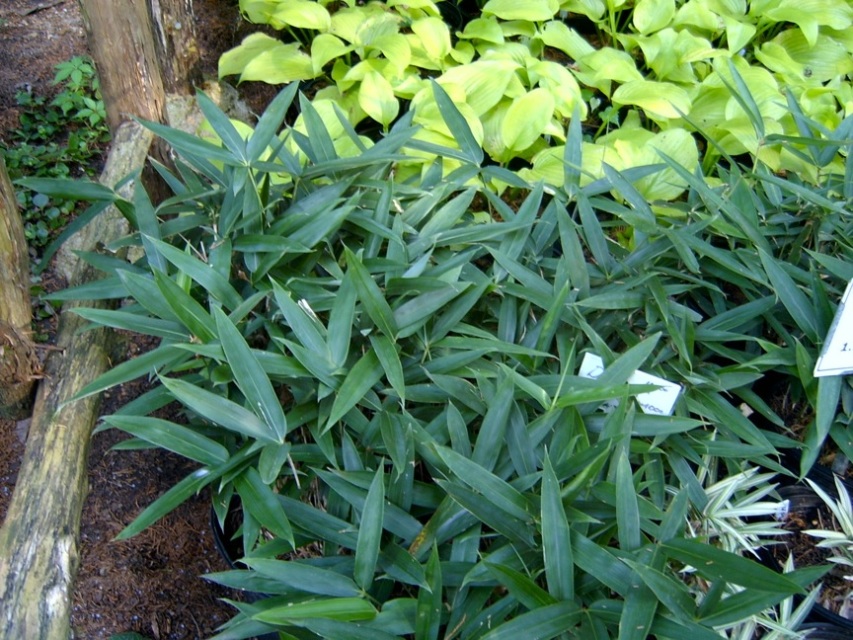 Kuma Zasa (Sasa veitchii) This Bamboo is a japanese favorite. It is a tall ground cover bamboo, So keep it contained. In the fall all the leaves turn a white/tan color around the edges. The Sasa genus is well used in Japanese cuisine.

Before the invention of plastic, people used Sasa leaves to wrap foods. They found that more than being just a protective wrapping, the leaves actually preserved the food. This is believed to be due to the volatile oils contained in the leaves, which give a nice fragrance to food parcels and also protected them from spoilage.

Kumazasa leaves are also used in the preparation of Sushi, for obvious reasons - they keep the raw fish from spoiling. Beyond volatile oils, the leaves also contain high quantities of vitamin K which has powerful disinfectant activity. For a taller plant, cut Sasa veitchii to the ground very early in the spring before new growth starts. It should be evergreen, with the whitish margins to

Sold out
Add to Cart