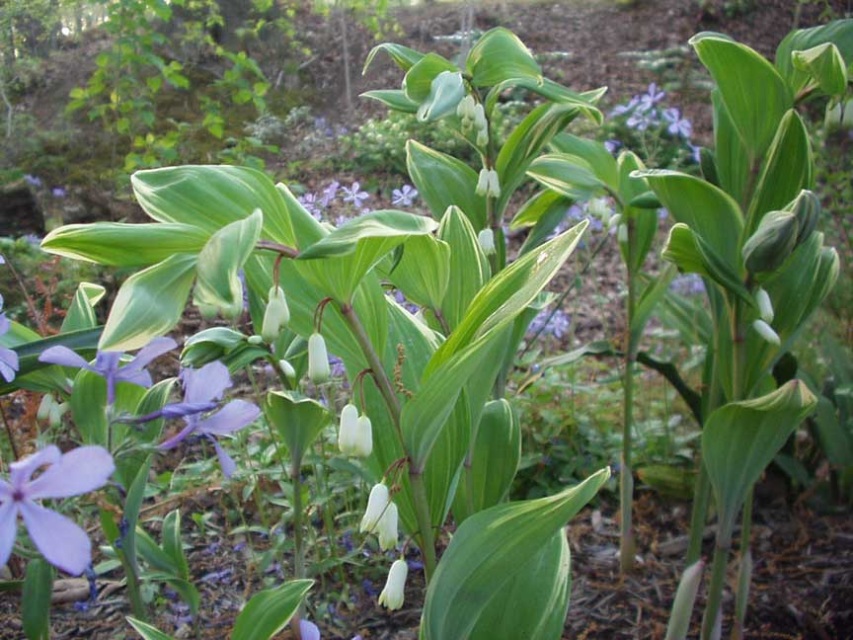 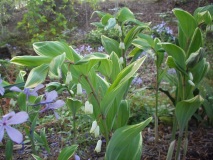 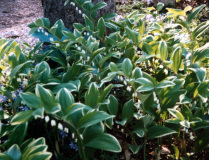 The creamy white flowers will appear in spring underneath the leaves and are followed by black berries later in the season. The plants will grow into many-jointed rizomes, and can form large colonies. These plants generally prefer shade, especially in the South but can tolerate some dry soils.